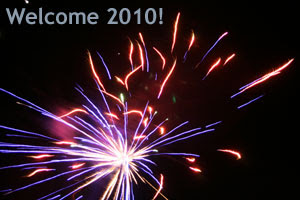 I did manage to get some stitching done in 2009, but not as much as I would have liked. I haven't even done as much over my winter break as I had planned, although I did get around to rinsing a bunch of hand-dyed fabrics and washing some small projects so I can do the final finishing. I mostly finished stitching one small ornament from a kit I got in a grab bag a while back, but I'll post a photo when it is totally complete.

Goals for 2010? To finally finish Halloween Fairy and Catherine of Aragon! I am still hoping to make a dent in some of the old kits still sitting in my organizer bin but a lot of those are pretty big projects. Maybe I'll try to get the smaller ones done first so I'll feel like I've accomplished something. :)
Posted by Lara at 11:40 AM 2 comments:
Newer Posts Older Posts Home
Subscribe to: Posts (Atom)